When the eye’s original lens will becomes clouded, then it was termed as cataract. Most of the cataracts are the result of natural process of the aging. Others can be present at the birth or develop as the result of the physical, drug, or chemical injury. By doing the cataract surgery, the cloudy lens will be removed or cleaned out after that replaced with a clear manmade lens. Most of the cataract surgeries will be done by a method called as phacoemulsification, it is also called as "small cut (incision) cataract surgery." The cut (incision) will be small, because of the harder center section of lens is liquefied & then vacuumed out. Under the local anesthesia, doctor will perform phacoemulsification, by creating a tiny opening on side of cornea. Dr.Tony Fernandez eye hospital provide best cataract surgery in Kerala. 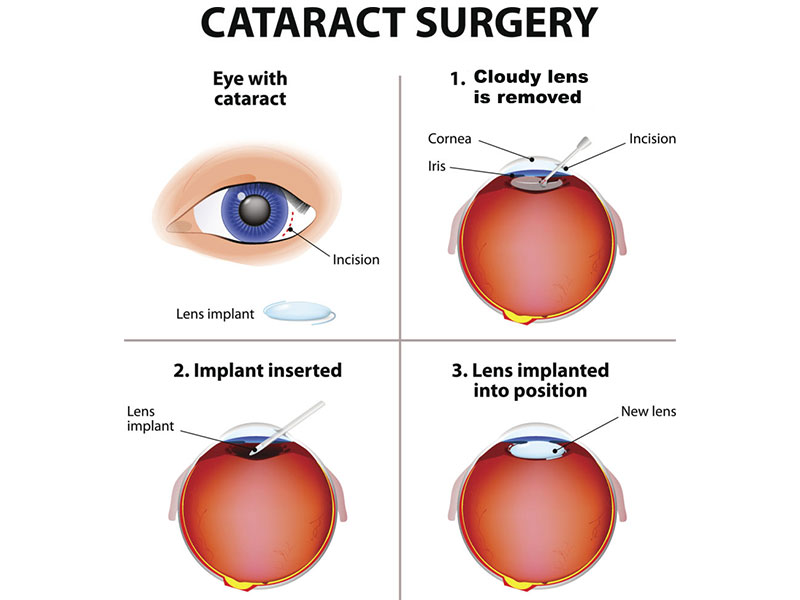 A device which sends out the ultrasound vibrations will be inserted into the eye & breaks lens into small tiny pieces. These tiny fragments were then removed with the help of suction by a tiny cut in the eye. Your eye doctor will also uses a laser to make the incision. The hope was that a more accurate incision will gradually improves the time of recovery from the cataract surgery.
After the cataract was removed, doctor generally replaces it with a new, man-made lens known as intraocular lens or IOL. This technique is called as "intraocular lens implantation." The IOL is a clear silicone, plastic or acrylic with a optical power will be selected by the doctor to help in restore normal vision, generally decreases the dependence on eye glasses after the surgery. This lens is permanent & needs no special care.
The IOL focuses light into the retina that helps to improve vision. Even though if natural lens is replaced with intraocular lens, you perhaps will need a new eyeglass prescription. However, most of the people can see fairly good at some distance without having any glasses after undergoing cataract surgery with the cataract lens replacement.

Cataract surgery was done as an outpatient procedure in operating theater. So there won’t be any hospital stay. The actual operation was usually lasts less than a one hour. It is safe & in several ways it is desirable to be awake with low level of sedation during the operation. A sedative is given & numbing drops were introduced into the eyes. Another option is to use a novacaine injection which is placed around the eye. General anesthesia is given rarely in cataract surgery. Doctors usually won't remove the cataracts in both of the eyes at same time. If you need the surgery for both of the eyes, you need to be scheduled for separate surgeries, generally a few weeks after.