Our Hospital is empanelled with the following Insurance/TPA Companies. 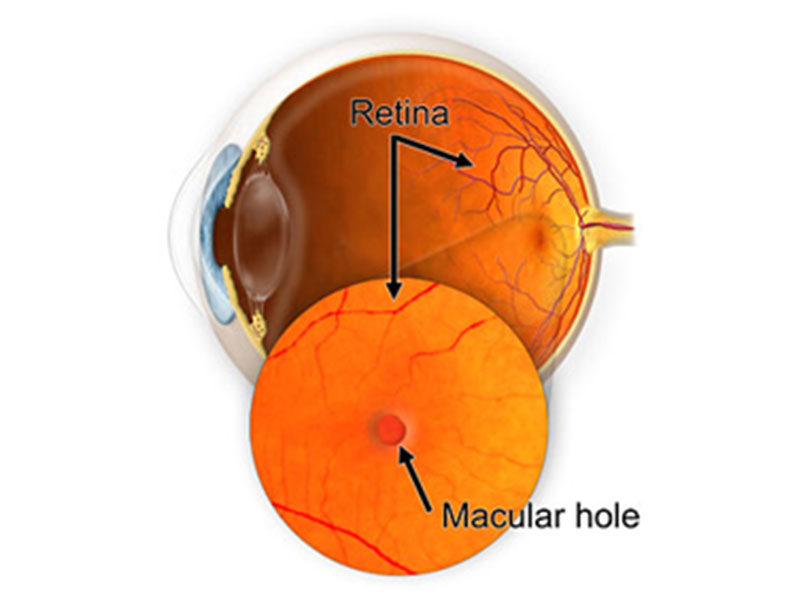 The eye is usually compared with a camera. The front of the eye contains lens which focuses the images on the inside of back of the eye. This area, known as the retina, is covered with the special nerve cells which react to the light, like as film in a camera. These nerve cells were very close together in middle of the retina where eye will focuses the images which we see. This small part of retina is known as the macula. Sometimes nerve cells of the macula will become separated from each other & pull away from back surface of eye developing a hole. This is known as macular hole.

Sometimes macular holes are result from an injury or some type of medical condition which affects the eye, including being very near sighted. In most of the people, it is because of traction on the center of the vision which is more likely to occur as we age increases.

In the early stage of the macular hole, people will notice a slight of distortion or blurriness in the straight-ahead of the vision. Straight lines or the objects will begin to look like bent or wavy. Reading & performing, doing other routine tasks or works with the affected eye become very difficult.