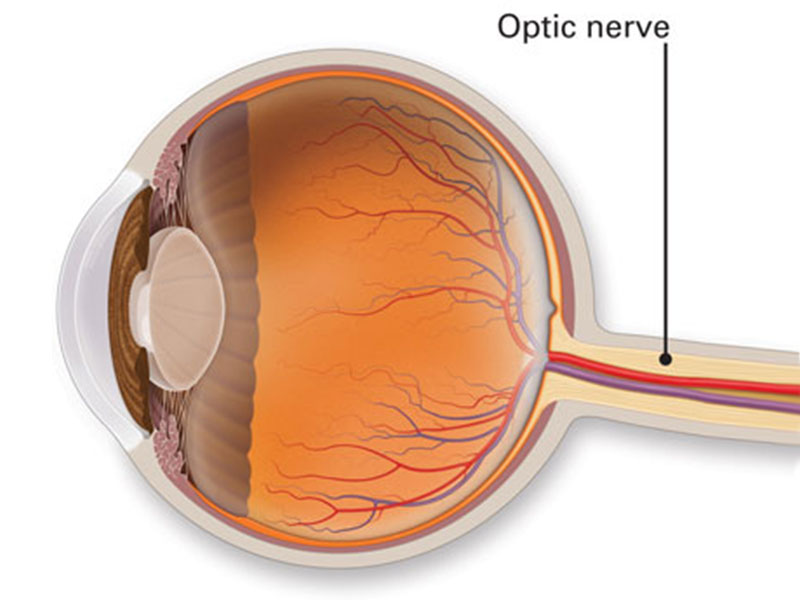 The optic nerve is made of nerve cells or ganglionic cells. It consists of over 1 million nerve fibers. Blind spot is absent of photosensitive (light-sensitive), or photoreceptor cells.
The optic nerve will transmit all the visual information that includes brightness perception, color perception & contrast (visual acuity). It also conducts the visual impulses which are accountable for 2 important & main neurological reflexes: The light reflex & the accommodation reflex. The light reflex refers to the constriction of both the pupils which occurs when the light is shone into either eye. The accommodation reflex refers to the swelling of lens of the eye which occurs when a person looks at a near object while reading (lens adjusts to near vision).

Based on this anatomy, the optic nerve can be divided into  4 parts: